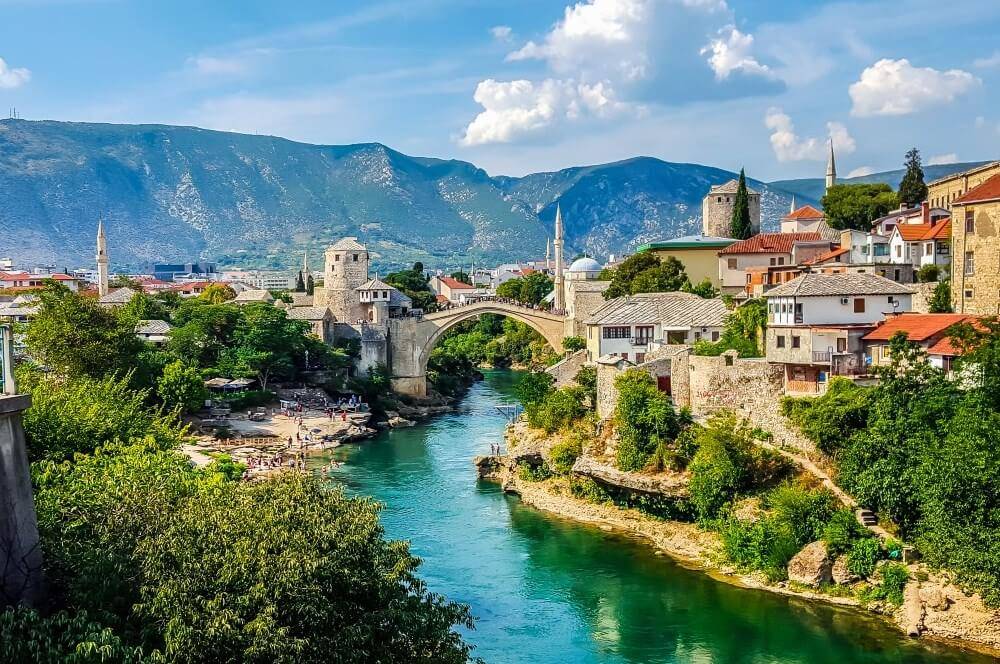 Experience Islamic architecture in the Balkans

Mostar is a city and municipality in southern Bosnia and Herzegovina. It is situated on the Neretva river and is the fifth-largest city in the country. Mostar was named after the bridge keepers (mostari), who in the medieval times guarded the Stari Most (Old Bridge) over the Neretva. The Old Bridge, built by the Ottomans in the 16th century, is one of Bosnia and Herzegovina’s most recognizable landmarks, and is considered one of the most exemplary pieces of Islamic architecture in the Balkans.

Villa Molunat is a brand new, seaside, family owned luxuriously equiped villa, nested in the picturesque bay of Molunat, perfectly positioned halfway between city of Dubrovnik and the bay of Kotor (Montenegro), offering a tranquil setting for a vacation you deserve.

You can find out more about which cookies we are using or switch them off in settings.

This website uses cookies so that we can provide you with the best user experience possible. Cookie information is stored in your browser and performs functions such as recognising you when you return to our website and helping our team to understand which sections of the website you find most interesting and useful.

Strictly Necessary Cookie should be enabled at all times so that we can save your preferences for cookie settings.

If you disable this cookie, we will not be able to save your preferences. This means that every time you visit this website you will need to enable or disable cookies again.

This website uses Google Analytics to track site usage. We do not collect any personal data. All data we receive is aggregated.

Please enable Strictly Necessary Cookies first so that we can save your preferences!